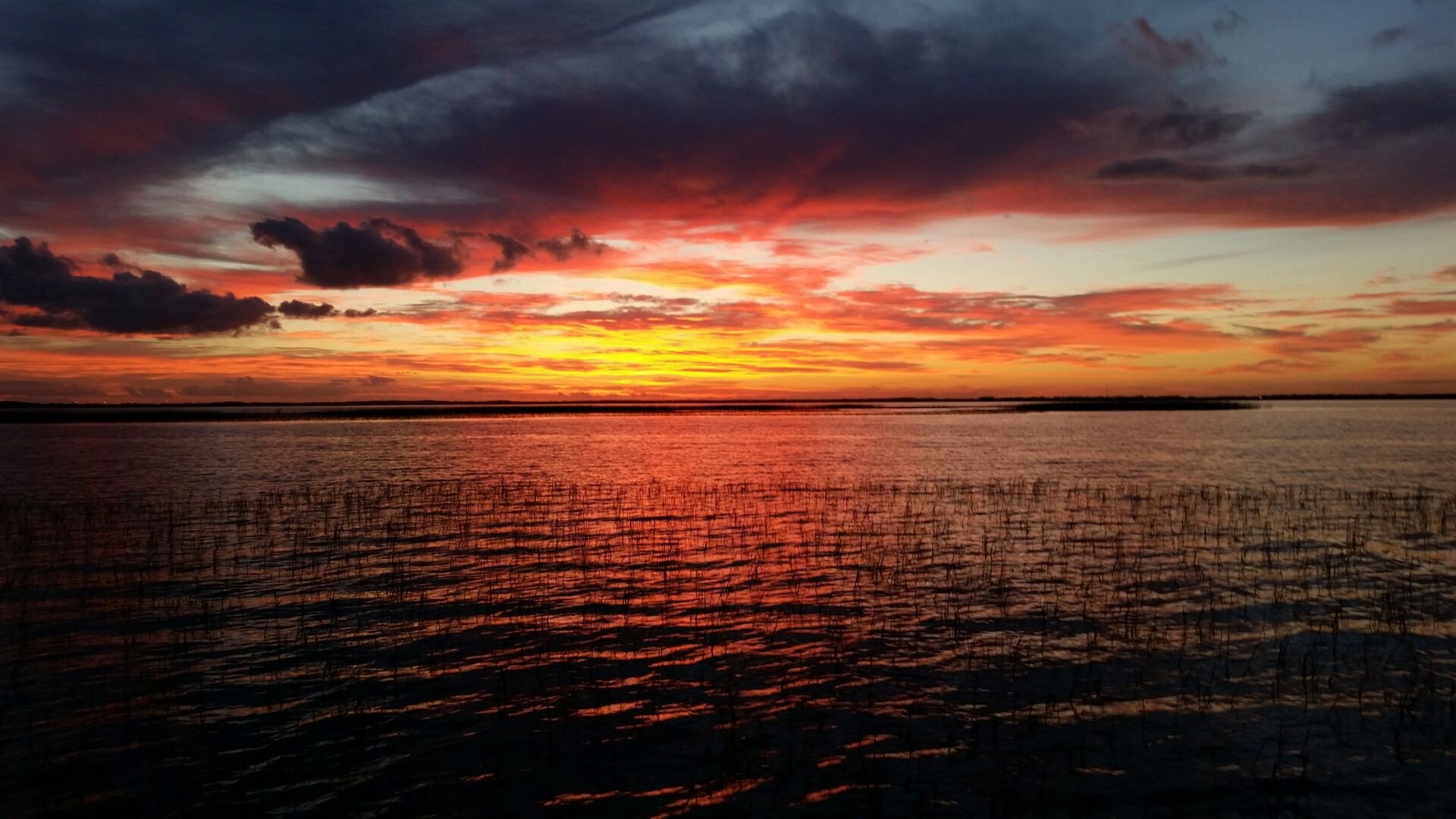 Thankfully the Central Florida/ Orlando area didn’t get hit as bad as some other parts of Florida. But it did still affect Lake Toho’s fishing. Lake Toho initially only rose about a foot after the storm. But with all the nearby creeks continuously draining into West Lake Toho over the following week, the water quickly rose another 3 feet. While many docks were flooded no houses lucky were affected by the high water. But this sudden rise quickly scattered the fish, and the extreme amounts of new, oxygen low water, made the fish sluggish.

Luckily though the states locking system that connects the Kissimmee chain of lakes is steadily sending the extra water down to Okeechobee where it will then flow into the Everglades and back into the ocean. Lake Toho is steadily dropping each day and it will be back to normal in no time.

Flukes, flipping, and drifting shiners are catching most of our fish. As a general rule when the water rises the fish tend to rise with it. So starting shallow and on top of what once was matted vegetation with a fluke or drifting shiners is your best bet for finding biting fish. Keep moving and keep an eye out for any signs of fish in the area.

The many creeks that are still flowing into the lake are producing fish but not consistently. Fishing the flowing water around the locks on the south end of the lake and in “Goblits Cove” with worms and flukes is a better bet.

While the fishing has had a lull in the last few weeks this ultimately will help the lake in the long run. The high water has cleaned out the grass fields and the heavy waves from the storm have cleaned up a lot of the bottom which will make Lake Toho’s fishing better than ever.