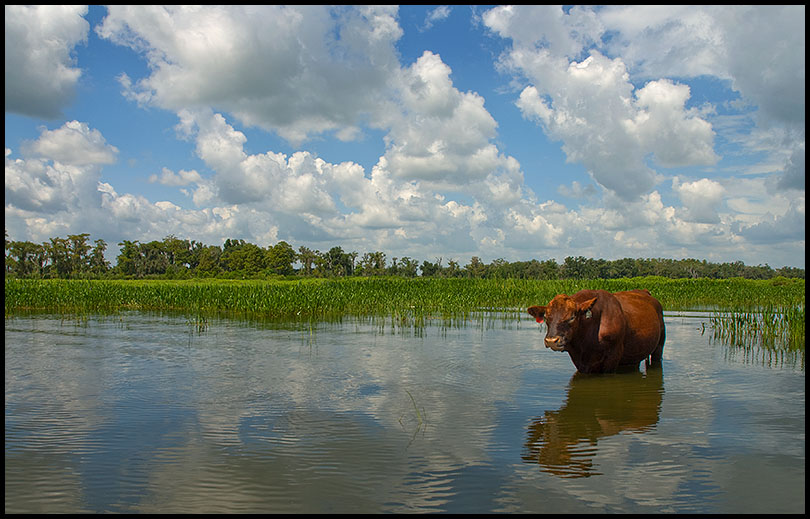 This is Captain Jackson owner and operator of AJ’s Freelancer Bass Guide service with a short update post hurricane Irma. If you haven’t seen our first update the Orlando fishing has become very active since the hurricane. It was actually a benefit to the lake and the Corp of engineers in the state of Florida have opened the locks up dumping water out of all the lakes which has created fast moving water down by the locks at the South end of the lake. The Orlando bass fishing has become extremely active in these areas of moving water with great numbers of fish being caught there.

A few other things have happened because of the hurricane that I am sure without a doubt is going to make for one of the most productive winters that we’ve had in quite some time. Hurricane Irma came right across the lake with winds of 100-120 mph for close to 12 hours. Because of this the grass fields that have been matted out and difficult to fish have been cleaned out. Now what we’re left with is clean un-matted untangled grass fields like the lake used to be back in the late 70’s and early 80’s. This is going to open up new options for Orlando fishing and should make for some very exciting bass fishing charters on Lake Toho.

The effects of the hurricane raking out the grass fields will also help the bass’s spawn all around the lake. Which should produce some of the best spawns that we’ve had since the early days. Which will increase the numbers and size of the bass throughout Lake Toho. At first we were very concerned that the hurricane was going to have negative effects on the bass fishing on Toho. But we are very excited to see that it has been only positive.

So if you have a chance to make it down this winter your chances of catching monster sized bass on Lake Toho are going to be the best that we’ve seen in quite some time. Our peak season for catching trophy sized bass on Toho begins in November and runs through April. With the middle of February and beginning of March being the best. If you’re able to make it down to Lake Toho this winter we’d be honored to take you where these big bass are so you can get your chance at your trophy of a lifetime. Talk to you next time.