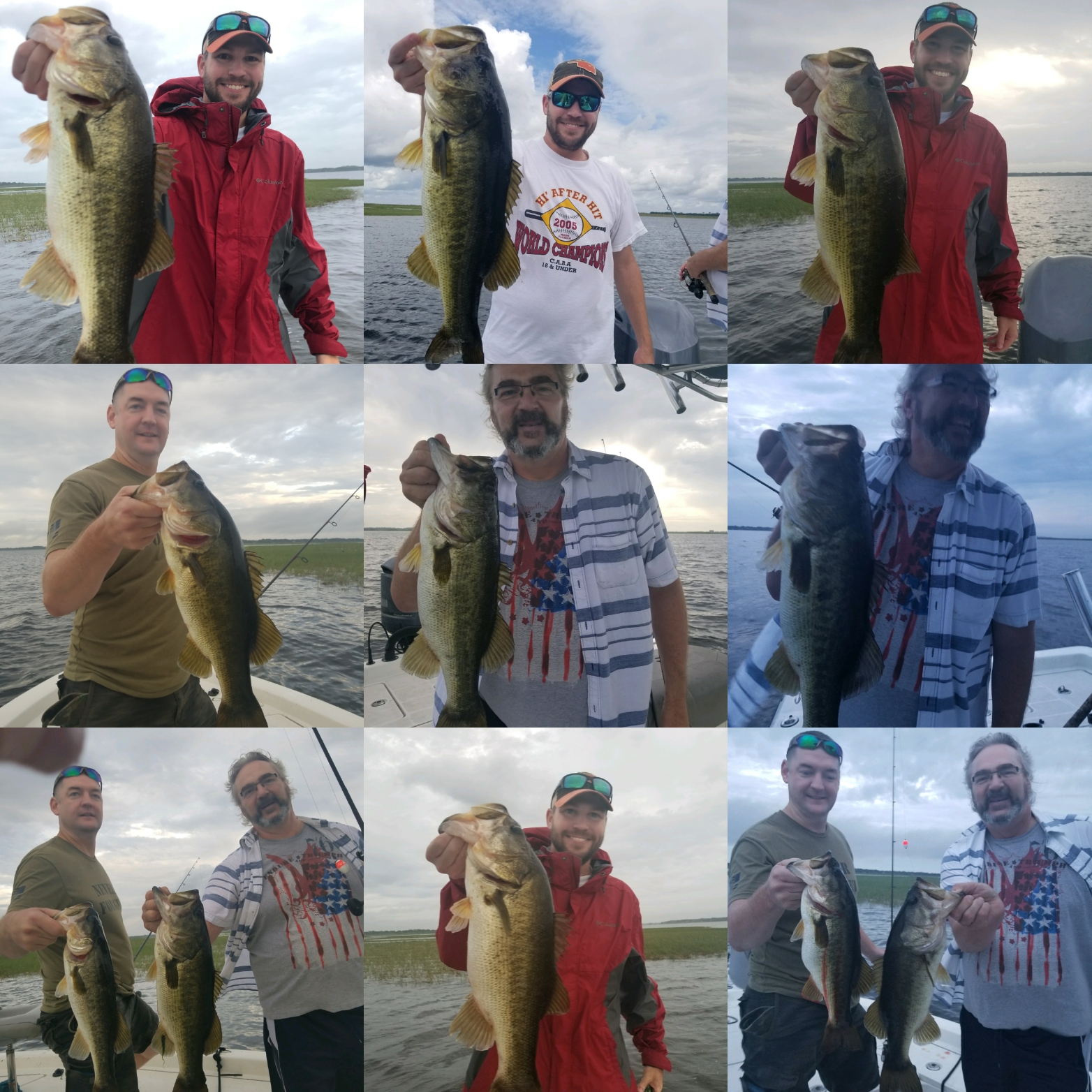 This year the spring bass fishing here on Lake Toho has been absolutely phenomenal. Because of the lower than average water levels a majority of the bass have congregated on outside grass edges and offshore vegetation and brushpiles in massive schools. Which has lead to some of the best fishing this lake has ever seen. Whether it’s been a live bait trip or artificials we have had some fantastic day’s these past 2 months. But one trip that our Captain Dumas did just two day’s ago with 3 clients was extra special.

They all went out expecting it to be a good day but none of them had a clue about what was going to happen. Rain was in the forecast and their were some nice overcast conditions. Setting things up perfectly for what can only be considered a day for the record books. They originally started out with 5 dozen shiners. Which is usually enough to get through a 6 hour trip. But the fishing was so fast that they were catching fish as fast as they could cast their line in the water! The 5 dozen shiners didn’t even last an hour and a half before they were out of bait and needed more. They quickly headed in and got another 3 dozen shiners from a bait store on the water. They then proceeded to run through those for the next hour until yet again they were out of bait. One more time they headed back in to get another 3 dozen shiners. And I think you can guess what happened.

They went through a total of 11 dozen shiners after just four and a half hours of fishing. They had caught over 50 bass and multiple bass that were over 5 pounds! This is a testament to how great the Spring fishing has been here on Florida’s Lake Toho. And the crazy thing is that it doesn’t seem like it’s going to stop anytime soon. The fishing seems to get better with every week! Which makes you wonder could this be a Summer for the record books also?