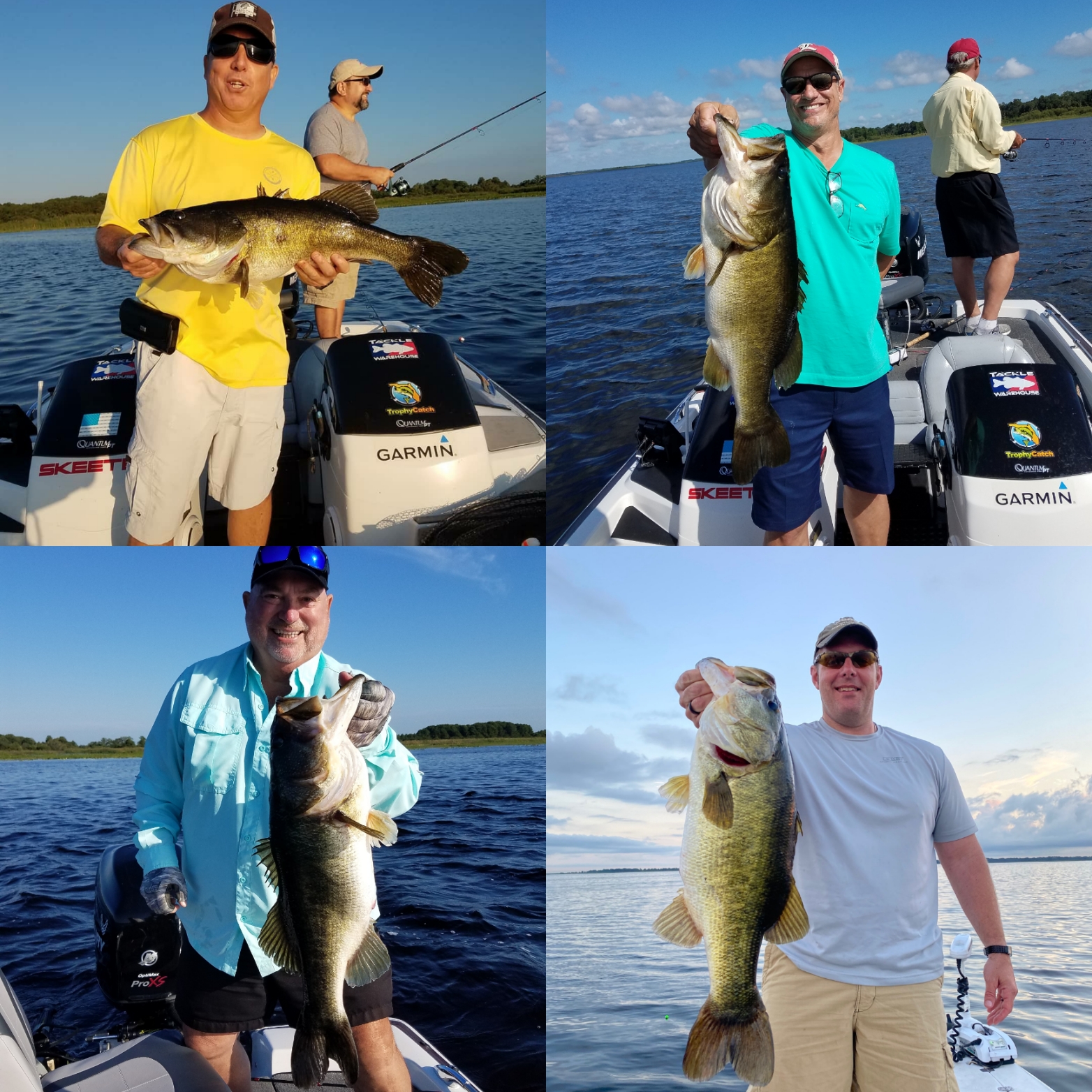 It’s the middle of the summer and we’re in what I believe is the secret best big bass time of year. While it is widely known that the best time to catch big bass in Florida is during the winter when things cool down. Nearly everyone I know who lives here has caught their BIGGEST during the summer, including myself. All between June-September. We catch a lot of 8-10 pound bass in the winter but it always seems like the heat of the summer is when the ones over 10 pounds are caught. All of the lakes 3 biggest bass that have been caught were caught at this time. The 17lb lake record, the 16lb that Ed Chancey caught, and the 15lb caught by Captain Jamie Jackson. I wanted to start with this because every year at this time, I get excited.

Now lets get into whats happening. The fish have been doing exactly what you expect them to be doing at this time of year, which is much the same as last months fishing report. The best bite has been in the morning. They condense most of their feeding into the morning hours at this time of year. The fishing has been fast early and then slowing to a steady bite after the first two hours.

After 11am the bite slows dramatically unless you have a cloudy day. Plus it starts getting hot by then so you’re done also. They’re in basically 4 different things. 1. Running water 2. Hydrilla 3. Shell beds 4. Brush piles.

To sum it all up this is the time of year where you may just catch some of the biggest bass in the lake, and the hydrilla, shell beds, and brush piles are where you’ve got your best chance to catch one. If you want to book a trip feel free to call us at 407-288-9670 or email us at ajsbassguides@orlandobass.com and we’d be glad to get you set up!